Out in the Fens:
The snow and frost have made for some picturesque fenland scenes and some chilly days working outside. We are continuing to abstract water from Pout Hall Corner onto Burwell Fen and there is a noticeable difference to see when walking down Reach Lode bank. The water is only shallow for the most part with a few scrapes and ponds dotted around. Over the summer the fields will dry leaving only small sections of standing water.

We started to fill the Mere up on Tubney Fen but due to some problems with our Land Rover I have left it turned off for a week or so. Many thanks to Olympic Tyres in Soham for getting it fixed, new shocks springs and some TLC from them has got us back on the road and out and about. So maybe next week we can get it back on.


If you fancy a wintery walk I have two suggestions:
Firstly pop down to our Visitor centre at Wicken Fen and have a walk around the Adventurers’ Trail. Bakers Fen, the Mere Wicken Lode and the Reedbeds are all lovely to see in the snow and frost and there is our Cafe to warm up in at the end. Sturdy boots are defiantly needed because of a pretty muddy patch on Harrisons Drove. Pop into the bird hides along the way or just stop in the open to take it all in. It should take about 2 hours.

Secondly a walk around Burwell Fen, Reach Lode, Burwell Lode and across the fen on the Lodes Way. I would try to time this one for the afternoon getting back for 30 minutes or so before sunset. By doing this you will stand a great chance of seeing some Short Eared or Barn Owls, as well as some great sunsets. Another one for some sturdy boots as the Lode Banks are a bit muddy down at Pout Hall Corner. This walk should take about 1 1/2 to 2 hours.

Last Bit:
I know I do mention it regularly but if you are near Wicken do pop in at Spinney Abbey Farm to pick up some meat direct from Jonney’s cutting room in his farm shop. He keeps some of his Long Horn at Oily Hall helping us to manage the site as well as at his farm so you know it is good stuff!

One more thing, if you are on Twitter look me up @Vision_Warden 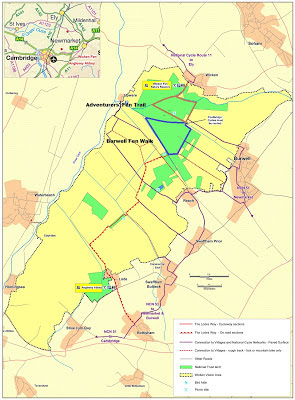 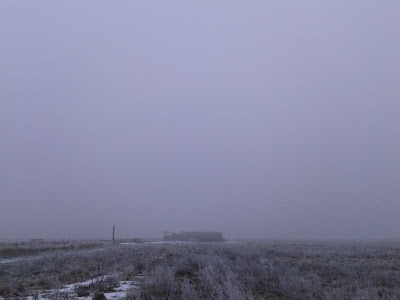 Happy New Year and 2012 in pictures

I’m getting ready to get back to work after a nice long break over Christmas. Plenty to get done in the New Year. Several miles of new fence with new gates, tracks, bollards and so on to get going as soon as the materials arrive and the contractors are ready. Also all kinds of planning for other jobs set to be undertaken thought the year from building Owl boxes to getting ready for our stock moving over to Burwell Fen.

I was going through my pictures from 2012 and decided to make them into a video for a change. There is plenty missing as I didn’t always have a camera handy but it was worth a go I recon.