More movements and an impressive Caterpillar

We've been finishing up the last of the animal movements for the end of August. This time we were taking four horses and three cows off Verrall's Fen to reduce the grazing pressure on this sensitive area. While they have been doing a good job at keeping some of the scrub down, but it has started to impact the tall herb fen flora. So in a last in first out manner, Percy, Tommy, Snotters and George were the chosen ponies and Isle and her two children Hedwig and Will﻿﻿﻿ were the cows. They have all headed to Harrisons farm to join the 5 ponies left behind from the last animal movements. Being made up of very soft and delicate peat we couldn't drive vehicles onto Verralls fen. This meant we had to give two of the ponies a standing sedation and walk them on head collars to the small corral. The other ponies then followed lead by their curiosity. Then we managed to persuade them all into trailers and shipped them around by road to Harrison's on Adventure's Fen.


In other news, we borrowed our neighbour's hydraulic log splitter. We, especially Luke and Tony, had a very enjoyable time splitting some old logs we had stored from cutting down a dangerous, for the fen cottage fires and some for the wild campsite at Oily Hall.


Congratulations to Ruby for passing her trailer test this week! Luke and I are also now qualified on the brush cutters as well after training this week. ﻿


﻿
This blog has taken me a while to write as I keep getting distracted on other jobs. On one of my trips out I met this little fella determinedly making his way towards the visitor centre along the boardwalk. While we welcome a wide range of visitors in the centre, we did put this chap out in the grass as we thought he'd be happier there. Issy informed me that he is a goat moth caterpillar. 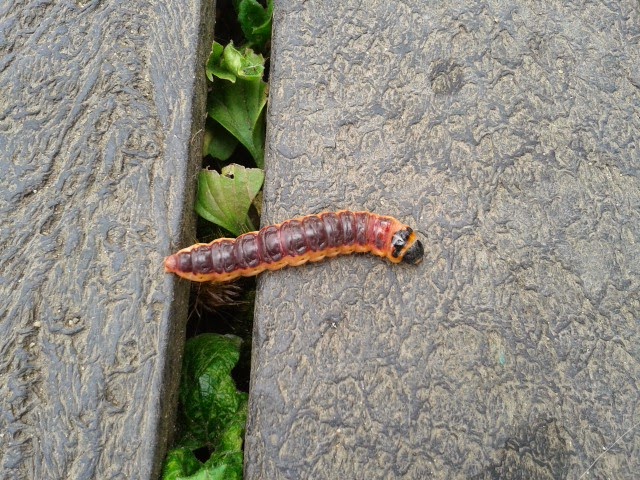 Horses are Roaming on Burwell Fen

As you may have noticed, if you have ventured out to Burwell Fen recently, the Koniks have now joined the Highland cattle. Two weeks ago, the Ranger Team, with assembled helpers, spent two days moving the horses from Harrison's over to Burwell. It was planned with military precision, with the order the horses were moved being very important. We had to get the family groups, or hareems, over as close together as possible. In our herd the hareems are usually made up of one or two stallions, who look after and get to mate with up to four mares, and then the mares foals and sometimes the foals from the year before. They need to be moved over at a similar time so as not to affect the hierarchy structure too much. All the males on Burwell have now been castrated or vasectomised so we can control the number of animals on Burwell a little easier. We vasectomised the stallions so that we didn't lose their dominance behaviour which helped to create new habitats on Adventure's Fen. Last year a species of Dung beetle was rediscovered at Wicken Fen on one of the dung piles the stallions create. All the stallions dung in the same spot, leaving a sort of olfactory calling card. So the other stallions will come along and smell who was there before and then add to the pile. This leaves large piles of dung about the place which are great for dung beetles. The new dung beetle that was found predates on the dung beetles feeding on the dung pile, meaning we have a very healthy population of dung beetles and the dung piles are the start of a long food chain!

The actual process of moving the animals involved penning the horses with mobile hurdles, with the vet sedating any that were a bit feisty. The trailer was then reversed up to this pen, and the horses were encouraged into it by making the pen smaller and smaller until the horses decided trailer was the nicer option! It has to be done in this unusual way because the horses aren't trained to wear halters or come to food, so we have to use gentle persuasion instead. At the other end, on Burwell Fen, they were then released into a small holding pen to get their feet back under them, before being released into the fen.

As I was on holiday when all this happened, I want to say well done to all the guys involved as they did it so efficiently they had a day spare at the end of the week!

I would also like to thank the team from Mathworks who came in for a work party at the end of July. They did a great job refreshing our education area, painting the shelters, fixing the roofs and creating a new log rolling area. And I know they had good fun doing it as well!

And finally, when I plugged the camera into the computer today to find the pictures of the horse movements, I was greated with this, clearly Ranger Jack very much enjoyed his day with the grazing team! 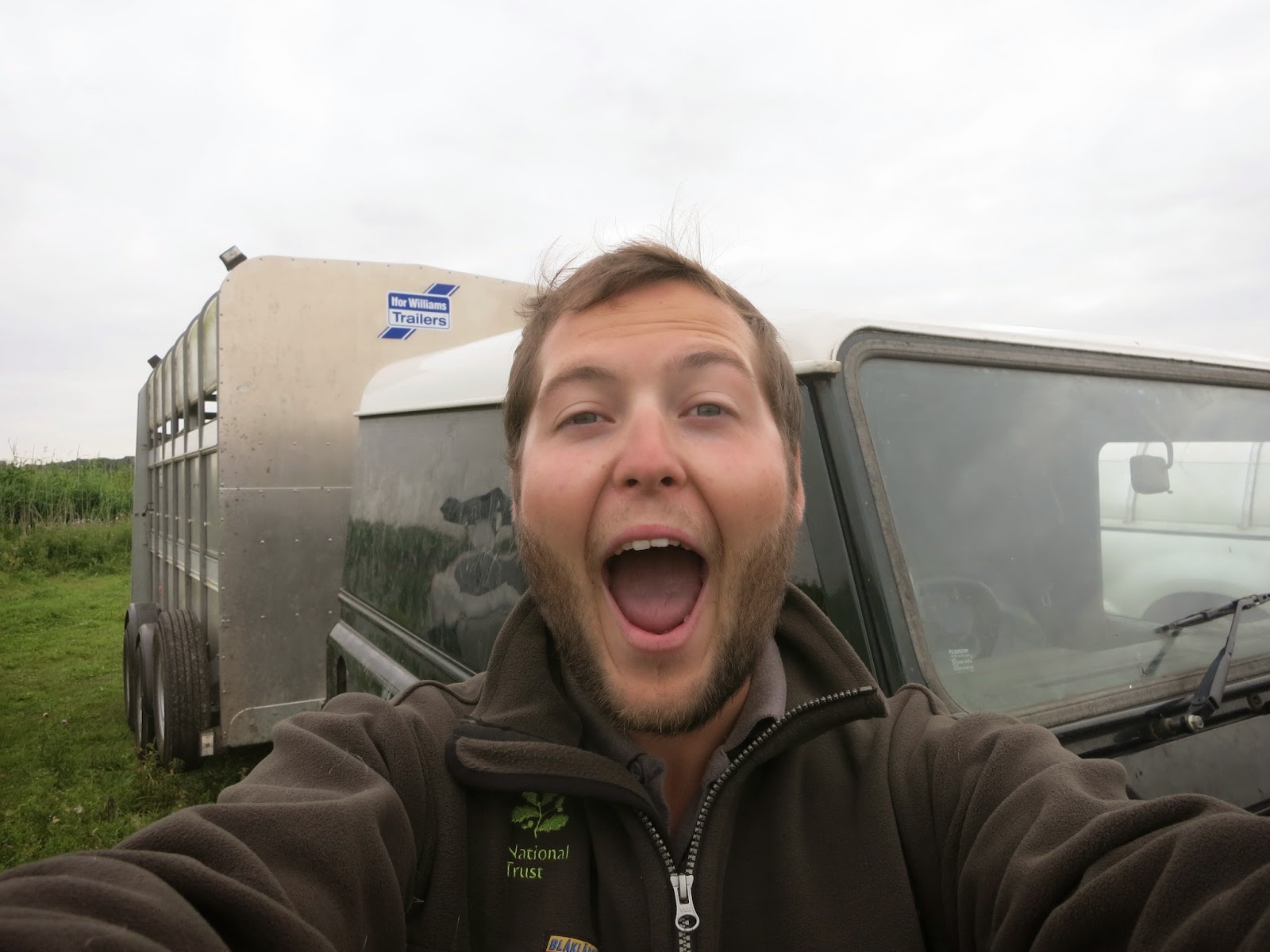