I had a nice bit of mowing to do this week at Anglesey Abbey, the gardeners asked if I could have a go at their meadows with our larger mower.  Certainly a nice view from the cab.

We cut the meadow in front of the house but sadly I didn’t have enough time to get onto the squares further down the avenue. I hope to get back after my holiday next week and get the work finished. 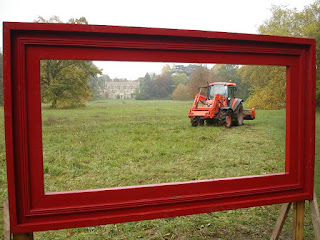 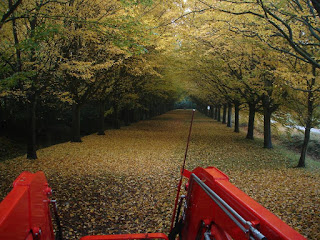 I also went and finished moving the bales and doing the mowing at Oily Hall. The Longhorns down there are from Spinney Abbey Farm. I just thought I would take a moment to remind everyone of the link to http://www.facebook.com/pages/Spinney-Abbey/106403479405228 the normal URL is being re designed at the moment. Always worth a look for some really nice products.﻿ 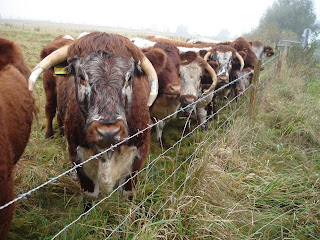 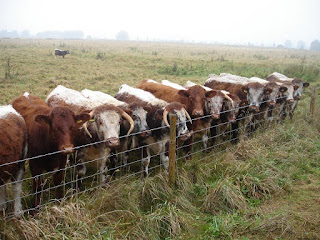 The work to begin the work on is also underway on the South side of Burwell Lode. The bridge wont be finished this year as we still have plenty of money to raise before we can afford to build it, but a drain is being moved and the ramps started. We have diverted the while work is being done to extend the cycle track, it is all still open but do remember to follow the signs. 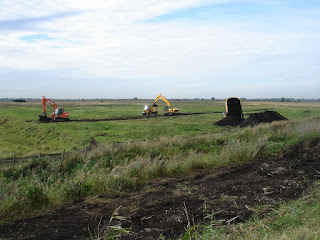 Bit of a catch up. + Building a Fence


No blog for a while, so what have we been up to? As usual getting the small jobs ticked off, plenty of mowing and strimming around the reserve but this is slowing down a great deal now the colder weather has come in.  The environment agency are half way down Wicken Lode and it looks great, but it is still pretty much bare earth still so best avoided if you can really. We had a nice trip up to see the Great Fen Project and say hello to everyone up there. Plenty of paperwork and we mowed round the 3000ish trees on White Fen, thanks to the gardeners at Anglesey Abbey got the lend of their mower. We turned the compost behind the overflow car park and I also started moving the bales around on Oily Hall, still about 50 to do, there are some pictures of this lower down.

We are also just beginning two projects. Fen Ditching are starting preliminary work on the new Burwell Lode Bridge, it won’t be finished, but a drainage ditch is being diverted on Burwell Fen with the beginnings of the ramps also being started. The cycle way is also being extended to nearer the existing bridges over the lode. On the North side of Burwell Lode a small car park is being put in at the meeting points of Harrisons Drove and Factory Drove next to Priory Farm.

Another important piece of work that is being undertaken is creating a link between Pout Hall Corner pond and Reach Lode. The Environment Agency and ourselves have taken the decision to allow the pond to maintain its level when water is abstracted into the bunded area on the Southern Section of Burwell Fen.  Previously it had been predicted by the EA that the banks between the pond and the lodes was porous enough to allow this to happen with no extra work, sadly this was not the case. Jason Cooper from RJC Earthworks is in the process of installing stone filled baskets into the lode bank to maintain its strength while allowing water and small fish to pass through.

As I had my camera handy I took a few pictures of our new fence as we built it (it is for the new car park), also a few others of odds and ends from the past few weeks: 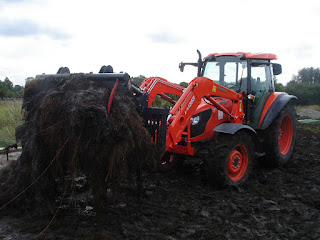 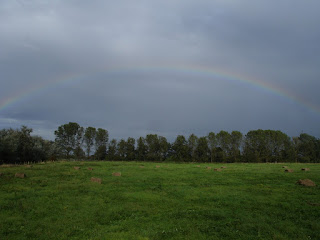 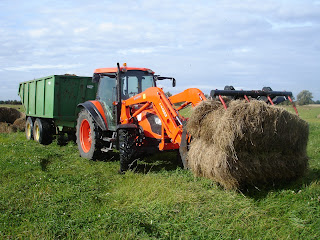