The bridge over Burwell Lode is still a few years off as there is a great deal of fundraising to do but the works on its beginnings are almost complete. The ramp, although not to a bridge, will for the time being provide a nice spot to sit and look across the fen. Hopefully all of the machinery will be gone in the next few days and we can get on with ticking off any snagging like building a low fence up the ramp to deter motorcyclists and getting our new signs up. 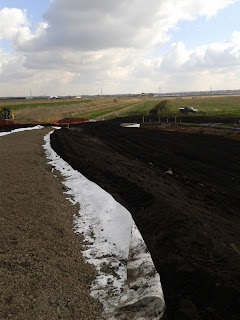 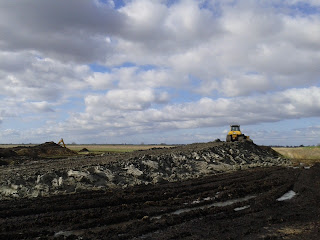 The Environment Agency has also been carrying out some work on the line of willows next to the existing bridge over Burwell Lode. Although not really anything to do with the NT as they are on EA land and the work is being carried out by them it is still very interesting. The work is being done to prolong the life of the trees and ensure that the haul road beneath them remains clear for routine works and emergency access and repairs.  Willow trees are prone to snapping and this group are no different, several had already cracked and many of the others showed signs of cracking in the near future. The tops are pollarded to remove weight and allow for the tree to re-grow, it looks severe now but in a few years they will have a good covering of new branches. One small bonus was that I managed to get some of the wood from the trees chopped up for the wild campsite. We were very kindly loaned a log splitter, which left me and Lois an afternoon getting about two tonnes of logs split and ready to dry for later in the year. 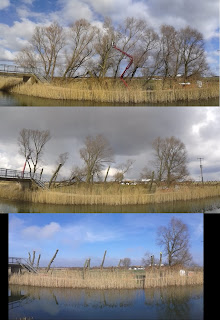 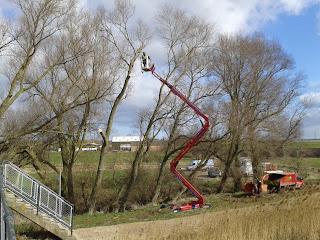 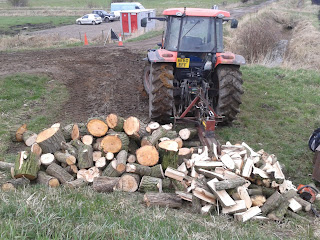 On Tubney Fen I managed to get a job done that has been waiting for some time, chopping the overflow pipe to size next to the mere. The mere is surrounded by a ditch, we decided a while back that we would like to make sure the ditch was full of water whenever possible to deter people from walking along the top of the mere’s banks and scaring the birds. To do this we put in a pipe under the track with a right angled bend pointing straight up into the air in the ditch, when the water in the ditch reached the height we wanted it would flow down the pipe and under the track filling a ditch in the field. 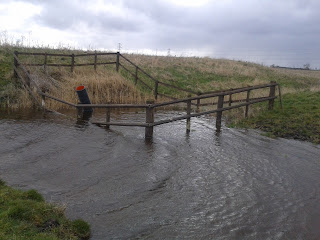 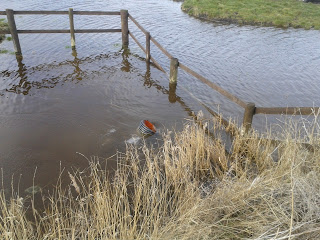 The Fen Cottage is getting a bit of serious TLC and a few ‘improvements’. The roof is being replaced and the top floor in the room at that end is being reinforced to help get it back to a more original condition. There is much more than this happening too, I shall try to find out for an update later. Jamie from Cambridge Restoration is carrying out much of the work, the pan tiles went up pretty quickly today and from what I hear the roof underneath, although rather bent has held up well considering its age. 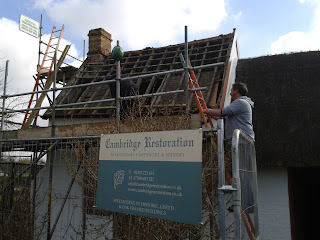 The nine horses that were rounded up for the RSPB at Middleton Lakes are due to go on Thursday morning. So if you are down on Harrisons drove then and see a bit more of a hubbub than usual that is what is happening. Our Grazing Ranger has been having some early starts for the past few weeks getting them ready to go into a pen, which they have not been used to at all as previously on Bakers were they pretty much roamed where they pleased. The same people that brought some of our horses over in the 90’s are coming to do the transportation side of things, the transporter lorry is very high-tech with cameras and so on to monitor them during the move.

Easter is soon, so a lot of our work for now is trying to get the place up to shape and looking its best. As usual you can follow me on twitter if you like @vision_warden.

Earlier this month JW Fencing from near Thetford competed the replacement of the fence around Guinea Hall, all 2.6km of it. They had some pretty wet conditions to work in and managed to do a fine job in just over three weeks. They are now moving over to start work on Burwell Fen. At just over ten years old the fences are starting to show their age and need fixing in places so I will be glad to have them on site getting things ready for our stock moving on in May.

Fen Ditching are back on Burwell Fen too, the extreme wet conditions had led to a delay in work but now things have dried out a bit the work on the ramp for our bridge over Burwell Lode can continue. The cycle route now goes all they way up to the top of the lode and a short section has been added to the north bank to take people onto the road and off the old muddy path.

There are many of these to do. Although not the most epic of tasks they make a big difference. An example of two are finally removing the misplaced bollard on the Lodes Way, and raising the crowns on the trees either side of the entrance to Tubney fen to help people see traffic on the road.

The sycamore at Hurdle Hall

I have been pondering what to do about this tree for several years and now we are looking to put a new set of gates near its base I have been prompted to make a decision. The new gates will increase the time people spend under its dead branches and as a result I have to reduce the risk of them falling onto people. There are three ways of doing this, moving the gate, removing the tree and removing the dangerous part of the tree.  Moving the gate is not a viable option as the reinforced track would be very expensive to construct elsewhere, felling the tree is the cheapest option but we would lose some valuable standing deadwood habitat, removing the dangerous part of the tree is pretty expensive as we would need to hire in some tree surgeons to climb the tree and cut the whole top off, but we would save some great habitat.

I had opted to cut the whole tree down and allow for new trees to grow in its place due to our tight budgets and in the knowledge that in time a new tree would take its place. But when we stood at its base with a rather large chainsaw it was clear that it really wanted to fall in one direction and we would need it to go the opposite one. We could have got some ropes and tractor and pulled it over but decided the most sensible course of action would be to remove the weight from one side and allow it to fall the way we wanted it to, this would however require us to have it climbed. So as it would be climbed we thought lets save the trunk and standing deadwood and go for the option of cutting its top off. Anglesey Abbey have very kindly offered to lend us some of their gardeners are trained to do this which has saved us a great deal of money. So…. later in the month with a spot of luck the work will be done our new gates will be in and people will be free to pass safe and sound.

Below are some pictures from the past few weeks. The sycamore at Hurdle Hall, a fine bit of fencing at Guinea Hall, the bollard I mentioned being removed and the trees having their crowns lifted. Also a spot the Short Eared Owl at Tubney Fen. 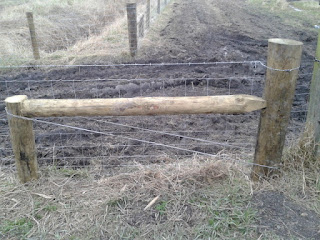 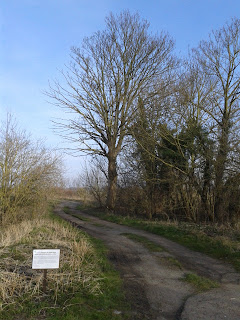 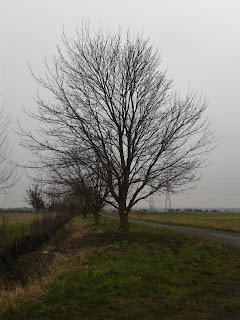 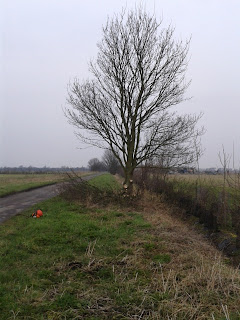 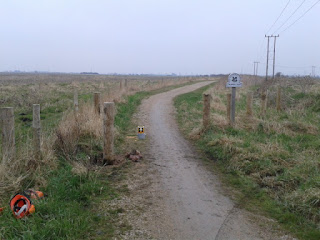 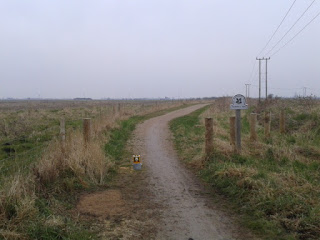 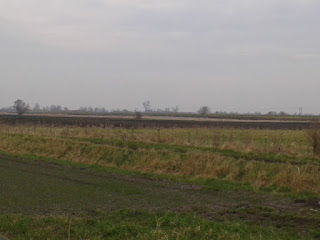