Nature Trail Back open and plenty of work to do

After all the wet weather we have only just managed to get the whole of our Nature Trail open at Wicken Fen. The main problem was a couple of sections that were still very soft under foot, or more importantly under wheel. As we couldn’t get through them without causing a lot of damage we kept away, but eventually they dried out enough to get the mower over and small enough for us to put our portable boardwalk sections over the worst bits.

With the Nature Trail open and some of the droves dry enough to take our small RTV and trailer we have started work on putting a small section of permanent boardwalk to the Old Tower Hide. For many years we have made do with a temporary solution for the wetter months, but the last year or so has left us with no choice but to take the pressure of the ground all together. With materials provided by Ridgeons at a very favourable rate we have been able to move from the old bodge to a proper structure which I hope will last many years to come. We are currently just about to put the top boards on, then there is a bit of snagging and chicken wire to add and we can use it. 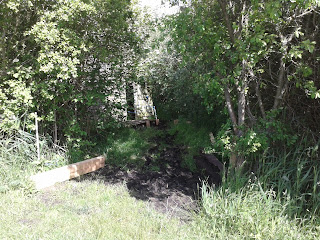 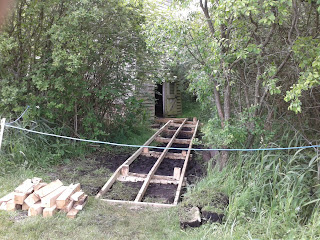 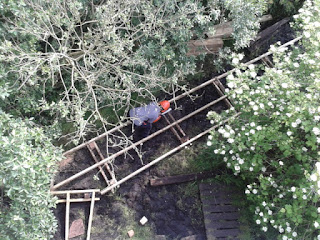 On Burwell JW Fencing have started building the second batch of fences. The current job is to put a fence along the bottom of Burwell Lode’s bank. The map below shows where, and with a spot of luck our Highland bulls and Konic Ponies will be able to roam there in a few months. 8 cows are already on Burwell in an area where the existing fences have been repaired by JW fencing, they can often be seen next to the Environment Agency’s Cock Up Bridge. 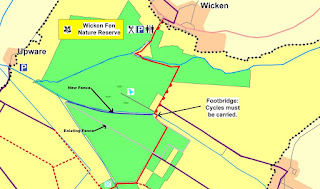 With our Senior Warden position still vacant we are a member of staff short. As a result there is a lot of zooming about to keep up with general upkeep and projects like getting our grazing stock over to Burwell Fen. Some jobs are not that great, like strimming our fire site to keep the various bits and bobs from being buried under the grass. Anita and Helen spent the whole morning there, in today’s heat and humidity so a massive thanks to them. A bit no one really sees, and to be honest we don’t even want to see, so as the year goes on we will be working to chuck the junk and store the bits we want to keep. Maybe by the end of the Summer I will be able to post a before and after picture!

As usual here are some pics from down then Fen and you can find me on Twitter @vision_warden: 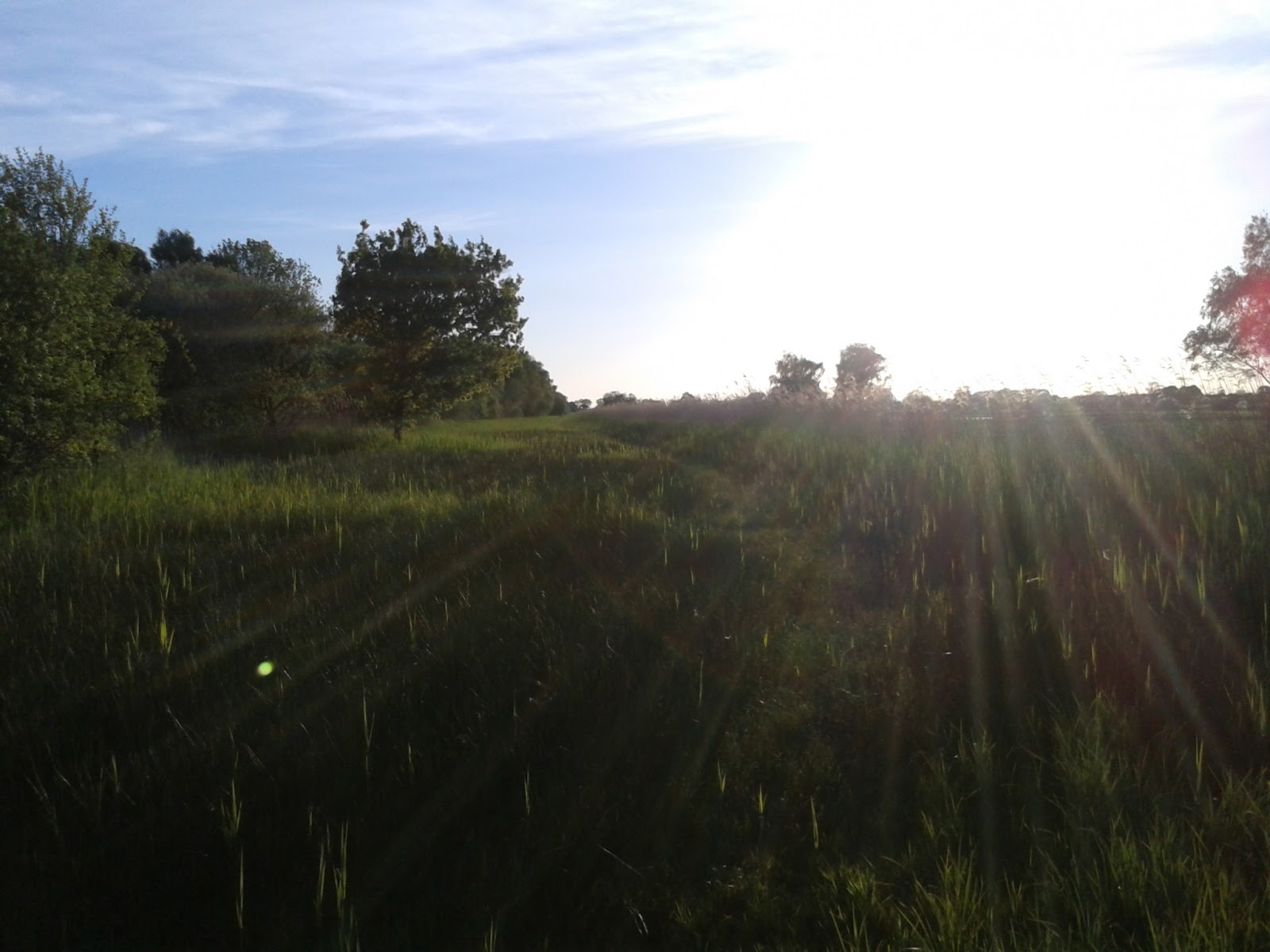 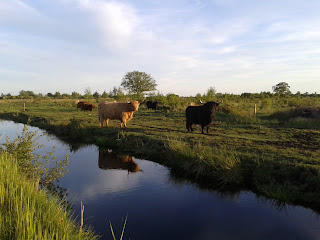 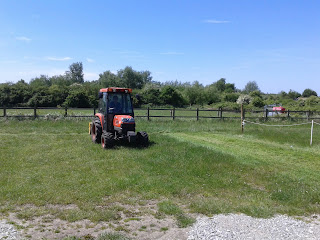 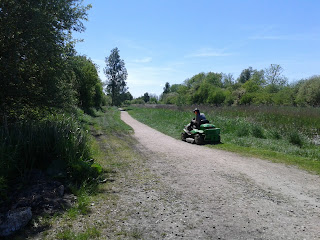 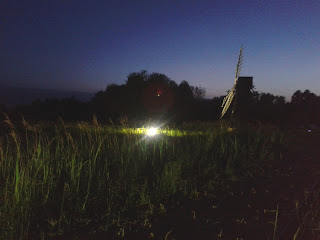 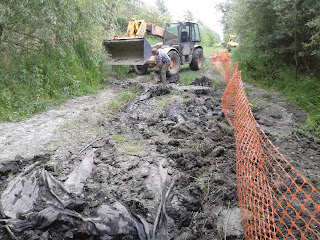 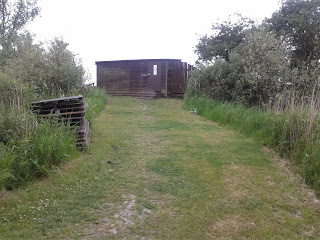 All change down the Fen

Our Senior Ranger has moved to a new job, and we are in the process of finding another. So there has been much work to be handed over and catching up to do as well as the farewells to say and the normal spring work.  I haven’t blogged for a while as much of the work related to this and in general for the spring has led me to be sitting at my computer, which I normally don’t write about as, well, it can be less than thrilling. But what is it? It mostly relates to contractors coming on site, for example weed control and fencing. Risk assessments, codes of conduct, training and proficiency certifications, approved access routes and work areas, as well as setting up companies as suppliers in the first place, and making sure that we are paying our contractors and suppliers correctly and promptly, getting quotes, writing work specifications and tenders and so on. So all important stuff to allow for our conservation work to take place, but time consuming, especially if it is a new task being carried out.

As the birds are nesting we can’t do any tree work, or face up any of our scrub, the plants are still growing on the Fen and we need to wait for later in the summer to cut them, and the fen is still too wet to travel on in many places so we put our efforts into repairing things like our boardwalk sections, tidying up our fire site and most importantly cutting the grass on our paths, picnic areas and access points.

The latest big change on the Fen is in relation to grazing, our own cattle have moved onto Burwell Fen. Hopefully I will get a minute to write a bit more about this later in the week, along with a bit of an update about our weed spraying. 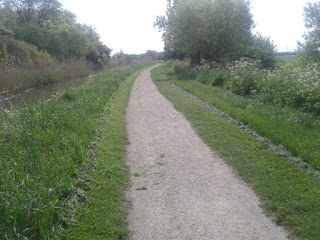 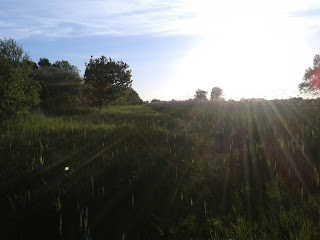 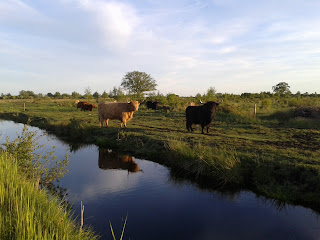 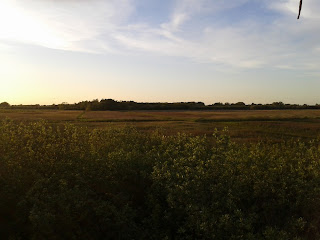