Making the most of the Sunshine

Us Rangers have been rather enjoying the lovely weather we've had over the past fortnight, it's been great to get about the reserve in the sunshine.


At the start of the week, Ruby and Andy helped me to clear the last few trees we had marked for felling during the tree health survey. We dropped an ash tree that was leaning alarmingly over the boardwalk, during which I managed to get very soggy feet. I suppose that's what I get for working at a wet fen! We also cleared the largest of the old Elms at the entrance to the Butterfly trail, to stop dead branches falling onto the path. I have tried to make the stump look like the tree snapped naturally, but I don't think I've managed to fool anybody. Hopefully however, the high stump will become a nice patch of dead wood for lots of insects to find a home in.

It was National Nest box Week last week, so we took the opportunity to support the BTO by putting up the rest of our owl nest boxes. There are now  Little Owl boxes at Tubney Fen and Hurdle Hall, and two more Barn Owl boxes at Oily Hall and in the Bog Oak field along Sedge Fen Drove. As someone who is worried by heights I was very grateful to have Andy to help put up a few of them, however, I had to man up to put up the box in the Bog Oak field as Niki is even more scared of heights than I am!


What better way to spend a sunny Wednesday than continuing the gargantuan task of fixing the fence around Tubney Fen. A team of us headed out to clear away snapped fence posts, and to destaple long sections ready for them to be tensioned up again. These tasks can seem endless, but in good weather and good company the day acutally becomes quite fun. Even Tic Tac the dog helped us out by digging out some of the buried sections of fencing!


Today I have been trying to hide from the rain so I can pretend the weather is still nice! I spent the morning mowing the new carpark at the end of Harrison's Drove, ready for Lois and I to install new picnic benches there next week. I nearly stepped on what I'm guessing was a field vole, it disapeared to quickly to be certain, and I had two Pied Wagtails following me around. I did try to take a photo of one of them on the fence post but my phone just wasn't up to the job!


And finally, the cute picture of the week, that some of you may have seen on Facebook. This is Swift our newest foal. She is now two weeks old and Niki informs me she is already brave enough to eat her pockets.

The Circle of Life

Last week was certainly a busy week for everyone at the fen meaning that Maddie's Friday blog couldn't occur.

There was a lot of fencing down on Tubney to be fixed/removed at the start of the week. Whilst Maddie and the guys were out there, they came across a patch of hibernating ladybirds. Hopefully they'll survive the cold weather! 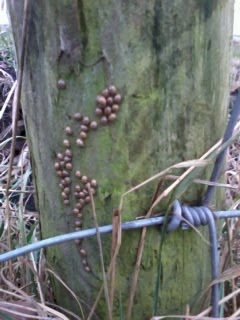 Later in the week, Maddie was out thinning some of the trees in the Bog Oak field, near the visitor centre. This has been done to allow more light into this area, and to allow grass and other species to grow between the trees. Cannach the cow decided to help Maddie clear up the brash that had been cut. 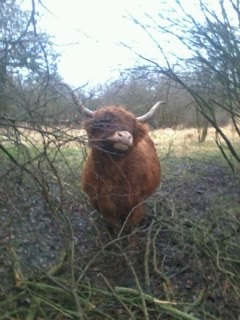 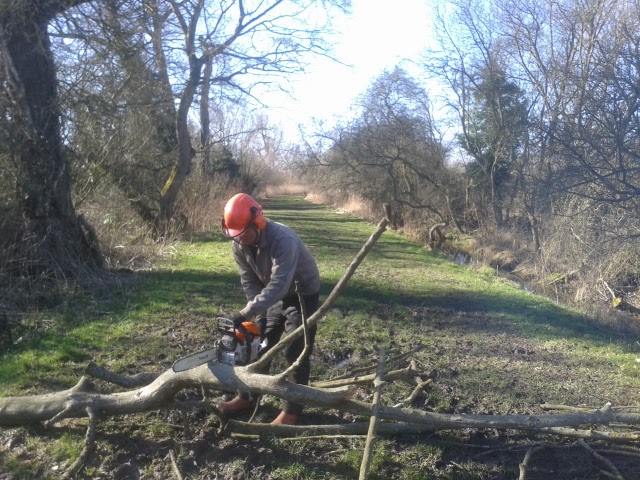 Whilst John and Lois were down Sedge Fen Drove, Lois went to take some photos of our snowdrops by the butterfly trail. There may not be as many as there are at Anglesey at the minute, but ours are just as lovely! 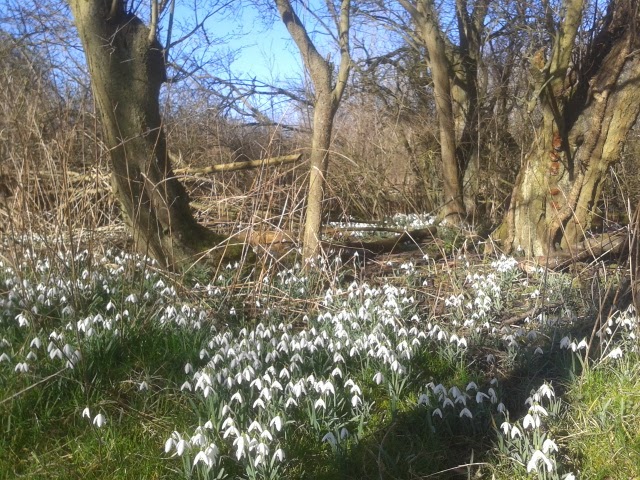 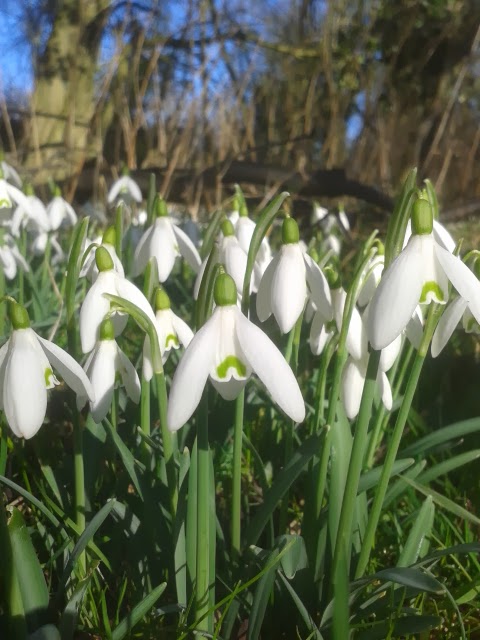 The last, but very sad news of last week, was that Rush, the cow that was pregnant unfortunately had difficulty calving and neither her or the calf made it. Although on a positive note, Yara, one of our Koniks decided to foal behind our backs during the middle of last week, both are doing well. 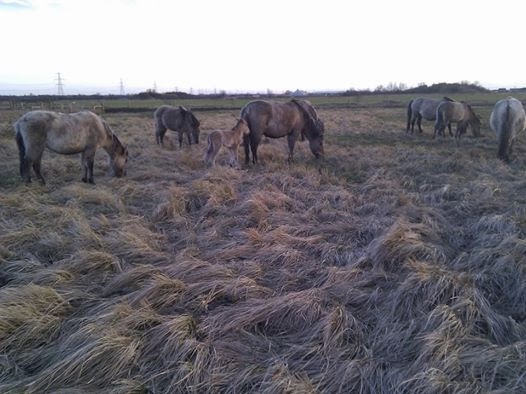 Adventure's into the Unknown

Yet again it's been a very wet week at the fen, I don't think I've posted a blog this year when it hasn't! As ever though the ranger team have been carrying on working whatever the weather.

Early in the week, Andy and I were putting up some fence posts on Burwell fen and then got one of the vehicles stuck. While John came out to rescue us he then told us that we had put the fence posts in the wrong place. Overall, not a good way to start the week. Though, the day was brightened up by having a kestrel hunting a few feet away from me. Lois, Niki and I have now moved the posts so that they are accurately marking each end of all the culvert pipes along the ditch that runs along the south end of the Burwell Fen. This will hopefully mean we wont pull the pipes up when the ditch gets slubbed out.
While on Burwell the three of us checked that there was no new calf. Rush still hasn't giving birth and we are starting to feel like an extended episode of "Call the Midwife". Lois also got a lesson on how to judge if a cow is going to give birth, with a little too much detail in her opinion!

On Wednesday, while a small ranger team were pushing back some scrub to widen the path just beyond the Old Tower Hide, the rest of us enjoyed a very interesting talk about the Antarctic. One of our volunteers, Andy Rodgers, who used worked for the British Antarctic Survey, kicked off our spring talks season with an account of what it is like to live and work on that remote continent. The next month's talk is about the grazing animals on the fen, by our very own Grazing Ranger, Carol Laidlaw.

Yesterday, Martin lead an exploratory expedition for the Wicken Fen Staff into St. Edmund's Fen, which is the opposite side of Wicken Lode to the Sedge Fen. It hasn't been managed for over 5 years, so really feels like heading into the wilderness. There are still some open areas of reed bed through the wet wood or Carr, but trying to follow the old pathways was a challenge.


John, Andy and I have been completing the tree health survey on some of the further reaches of the vision land today. The Gutterbridge Wood has a few dodgy looking trees which we will do some work with, but it also has some really nice fungi around the place and Lords and Ladies starting to push up through the soil.

Some building work has starting on the back of Rose Cottage, our volunteer accommodation, so don't be alarmed if your walking down Lode Lane. Ruby will blog a more detailed account of what is going on there when the construction is near completion.