Nine horses off to the RSPB.

Time for a bit of a catch up. As usual we have been working on a lot of small jobs and getting on with some large ones as well as plenty of planning for the coming year. The most notable change on the Fen over the last month is the movement of 9 of our horses from Bakers Fen to Harrisons in preparation for sale to the RSPB. We have also been continuing to monitor the establishment of the new winter water table in the bunded area on Burwell Fen as well as planning the new fences for when our stock moves over later in the spring.

Nine of our Konick Ponies are being sold to Middleton Lakes, a reserve owned by the RSPB. Six males; Bob, Winston, Howard, Lychnis, Nimbus, Bert and three females; Daisy, Lily and Holly. They will continue to live in a similar fashion as they have at Wicken, but as they do not want a breeding group the males have been gelded.

Our Grazing Ranger Carol working with our regular vet and a team of staff and volunteers from Wicken and Middleton set about the complex task of moving and operating on the horses last Monday. The horses have a calm temperament but they cannot be rounded up and put in horse boxes, so the day started with two of them being sedated via an injection administered with a blow dart, they were then penned with mobile hurdles and coaxed into our horse box and moved from Bakers Fen to Harrisons.

Once at Harrisons another vet and vet nurse were on hand to geld them and monitor their recovery in a carefully designed set of pens temporarily constructed in the field. While this was happening the horse box was taken back to pick up another two horses that had been sedated and penned waiting their turn to be moved. The key to the day was as usual the expertise of Carol and the grazing team and patience, with the welfare of the horses clearly being paramount. We managed to move all 9 horses and perform the 6 procedures as well as micro chipping all of them on the day which was fantastic. Their recoveries are all being monitored closely and we hope that they will make their journey to the Midlands before the end of March.

Moving the breeding cattle and a group of non breeding horses to Burwell Fen is the next challenge. We are planning to fence our stock off the lode banks which is a change to the system that has been in place where the stock has been able to roam right up to the water’s edge. We are also looking to add a number of gates and two new fences to the fields to allow us to manage the stock more efficiently in the future, especially in regard to getting them to go through the new handling unit next to the barn. On a different note I am also trying to find a day to get the two new owl boxes built to go on Burwell Fen, the poles are standing ready for them.

As usual you can find me on Twitter @vision_warden and here are a few pictures from down the Fen as well as a few from a lovely short break we had in the Lake District: 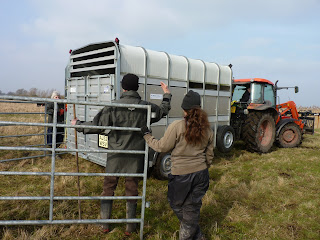 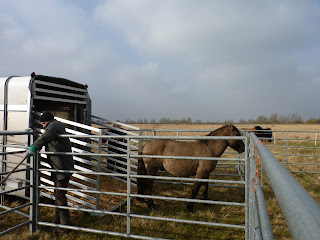 Unloading the horses on Harrisons 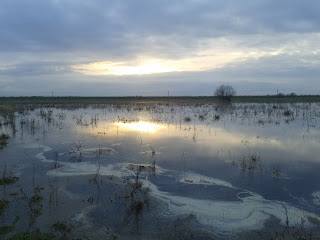 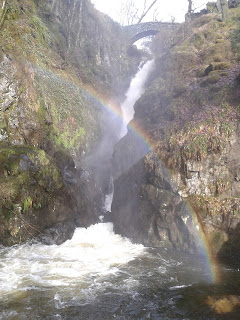 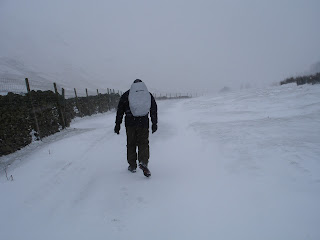 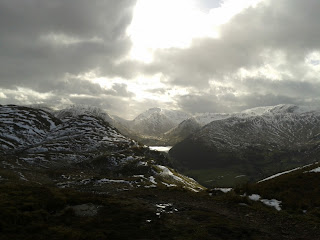 View from the top of Place Fell

The BIG Clean Up

On Sunday we were very lucky to have the help of the Cambridgeshire National Trust Volunteer Group. The aim was to finally get Burwell Fen barn’s lean-to cleaned up, and in a state where people can walk past without thinking what is all this mess! The ten extra pairs of hands, plenty of effort and a lot of patience cutting piles of old wire apart got the lot done in about 3 hours.  We put the majority of rubbish in a big skip from Ely Skip Hire, and stacked the remainder ready for loading into another which I did today.

Over the past few years a lot of construction has been undertaken on Burwell Fen;  the new bridge over Reach Lode, the Lodes Way, the new ramp for a bridge over Burwell Lode, the cattle handling unit and the water proof bund around the Southern section of the Fen. These have allowed for greatly improved access and wildlife conservation value but at times I have found it hard to keep up with maintenance and make sure everything is looking good. As a result we ended up with the lean-to full of mess, and although many jobs have been done lots of loose ends still to tidy up, like the Lodes Way sign that is for some reason about 4m high! Without help from volunteers like the CNTV I could not get back on top of things like the barn any time soon, their help is appreciated a great deal and it was a great relief to go past the barn today and see all of the mess finally gone. With a spot of luck over the next few months the rest of the Fen will be in the same order.

Here is a before and after of part of the job along with one taken looking towards the barn from the other side of the fen. 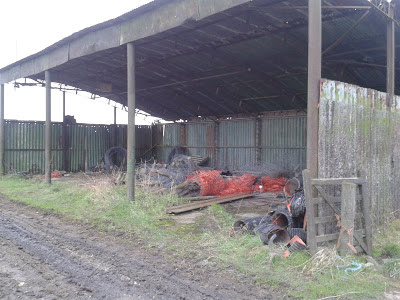 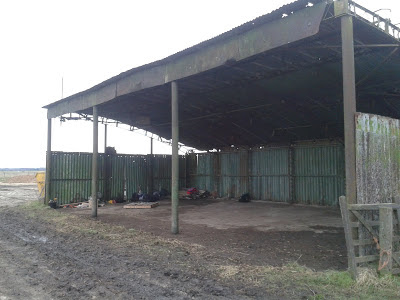 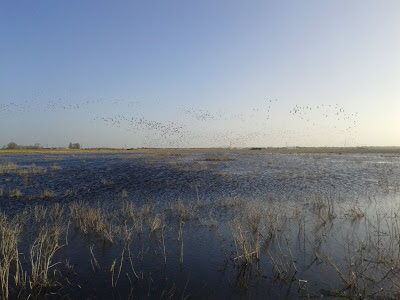