Getting ready for the cattle and grass cutting begins

Large parts of the vision project, or as it is know by some, the wider nature reserve, are grazed by licensees using cattle........

This is one of those sentences that requires some explanation I think. What is this wider nature reserve? With Wicken Fen being a site so special scientific interest (SSSI), a special area of conservation (SAC) and a Ramsar site for the protection of wetlands, and being a nature reserve for over one hundred years it is clearly core to the Wicken Vision. But the land acquired as part of the Vision Project is also a nature reserve, so it was decided that it would be a sensible approach to keep a distinction between the two but make sure we talk about a nature reserve rather than the Vision Project.... The Vision Project being the long term project to create a nature reserve... not sure I cleared that up but it makes sense.

Licensees are pretty much the same as tenants, which many people will be familiar with in a farming context, but there is a legal difference I am told so we have licensees not tenants.

So back to the point...... over the winter we take in all of the smaller access gates to allow people to pass freely and to try to save the gates from being stolen. We had a load go missing a few years back. As the cattle graze from May to October they go back this weekend, a fun job as each gate is slightly different and I have lost my notes of which one goes where, 12 to choose from I think.

Other than gates fences are clearly pretty important in keeping the cattle where we want them, I haven’t ever worked out exactly how many miles of fence we have but it must be at least the 10 mile mark, and it all needs looking after. We contract out the large repairs which can entail several weeks work at time and work with staff and volunteers from Wicken Fen as well as work groups from further afield to keep get the smaller jobs done. Recently we pulled out a section of fence on Tubney Fen with a group of friends who met doing working holidays with the trust and now team up to lend a hand where they can. One stretch went through here with took some work just to cut a path in. 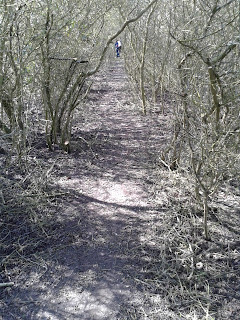 There were a few fen blows last week, where the dry soil is blown away. We don’t get them often so I thought I would snap them. I forgot to close our bathroom window, loads of dust and earth in there to clean up when I got back home. 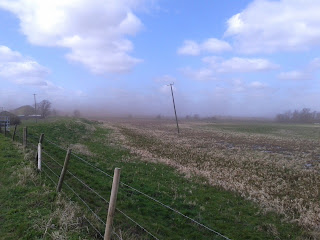 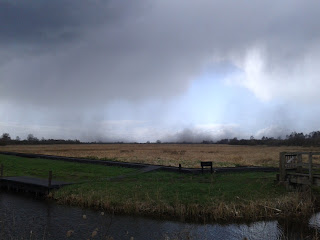 With the sun shining and the warm weather the grass is growing, so I was glad to have the help of Jack, our cycle hire and boat Ranger. He is helping me out for a day a week keeping access clear and things looking good. We are still working to get the cattle coral finished at Hurdle Hall, half of these wonky posts are pointing the correct way. 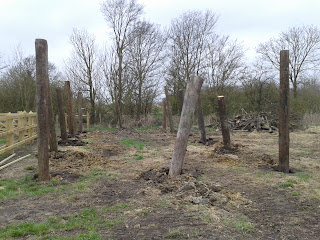 It has been a while since my last update, so what's been going on?

We have been working to repair some old culverts to help move some water away, rather than the hold it back as we often do. Normally we work to contain water where we can, without affecting our neighbours and people upstream from us in the drainage system. This usually takes the form of sluice boxes or abstracting water onto our sites. Where we have a responsibility to move water away we do,  one ditch’s outfall into a main drain became blocked and could not be fixed, as a result we replaced it with a new pipe and. It was most cold, but we got the job done as shown in the pictures below. 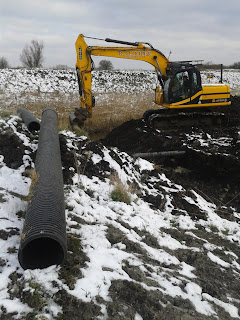 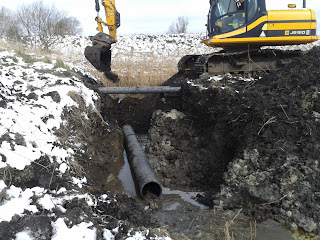 Work continues on Burwell Fen, repairing fences, installing new gates and protecting the bridge ramp. With our cattle moving over Burwell Lode shortly we have been working to make sure that our fences are in good order and we have some new gates in place to help us manage our stock. Later in the year more cattle will arrive along with our Konic Ponies. As the numbers of animals increases we will steadily increase the area of the fen available to them. To do this we still have several kilometres of fence to construct, something we are working on at the moment.

Three of our horses have been brought up to near the visitor centre to get them ready to move to the RSPB at Old Hall Marshes. If you park in our overflow car park you might notice Jack, Ernie and Alfie waiting in the field next door. The vet sedated them so we could walk them into our horse box before bringing them around the roads and unloading them and gelding them prior to the second move away from Wicken later in the month. 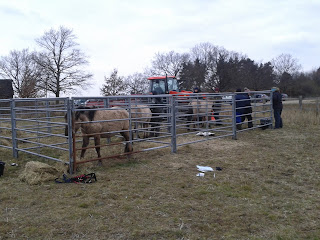 The whole of Hurdle Hall is being readied for grazing. New fences, gates and culvert linking it to a field across a drain. Hurdle Hall is a long strip of land to the west of Reach, half of it has been grazed by cattle over the last few years and half cut for hay. This year the whole area is being put down to grazing so new gates and access routes have been constructed around the sites west end. These will allow people to either walk, cycle or horse ride across through the grazed area or avoid the cattle by going around the end field. 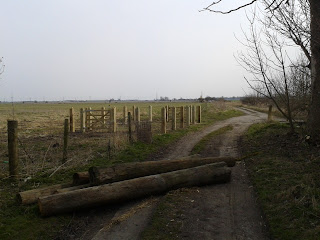 Another noticeable change to Hurdle Hall is the work we have done to pollard the sycamore next to the track. The tree had been significantly damaged by fire several years ago leaving a large amount of dead branches hanging over the track. We considered felling the tree from the base, but this was not as easy as it looked because the tree was really looking to fall into the trees next to it, so very kindly Anglesey Abbey lent us two of their gardeners who are qualified to climb up and chop the branches off at height. This left us with the trunk standing which will provide some great standing deadwood habitat. 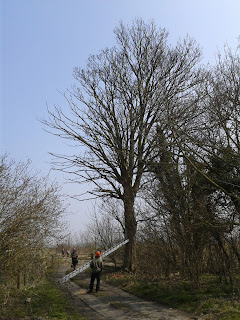 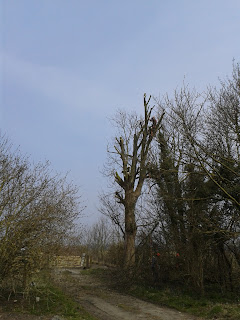 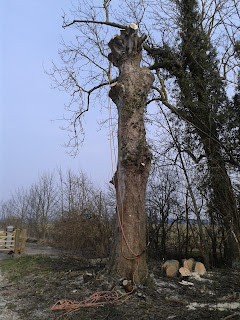 It is always handy to have a place to catch the cattle that graze our sites, so working with our tenant we are building a corral. It certainly helps to have a digger on site to bore the holes out but we still have a lot of work to pack the poles in before putting some big planks along to keep the cows in. 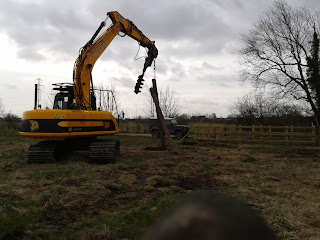 Things coming up, mowing, path repairs and getting the gates back out.

Things are now growing, which is great, but this does mean in some areas we need to get out and mow the paths, picnic areas and access points. Lots of hard work ahead over the summer keeping the place looking smart. 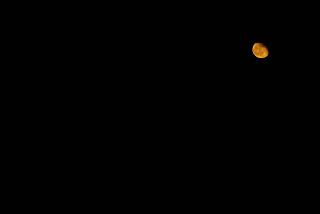